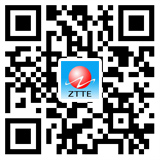 Tsinghua Academician Jin Yong Nanjing is the name of the chemical industry: it makes the world more beautiful

Classification:
Industry Information
Author:
Source:
Release time：
2018/11/09
Page view
[Abstract]:
“When it comes to the chemical industry, many people think of environmental pollution, climate warming, excessive carbon emissions, etc. In fact, people’s daily lives, national economy,
“When it comes to the chemical industry, many people think of environmental pollution, climate warming, excessive carbon emissions, etc. In fact, people’s daily lives, national economy,
The defense industry must be inseparable from the chemical industry. Yesterday, at the "2015 Academic Annual Meeting of the Jiangsu Chemical and Chemical Industry Society" held in Nanjing, China Engineering
Academician Jin Yong, a professor at Tsinghua University, gave a wonderful speech on "Beautiful Chemicals - Innovation Drives Development", which gave people a new recognition of modern chemical industry.
knowledge.
Academician Jin Yong introduced that the annual production of synthetic fibers in China's chemical industry accounts for about 60% of the world's total, and can produce 4 sets of clothes for everyone in the world.
The newly added building area is 1.6-200 million square meters, accounting for 50% of the world's annual increase; cement, steel, plastics, paints and other building materials are from the chemical industry;
On the other hand, the gasoline, diesel, batteries, steel, plastics and rubber required for automobile production and use come from the pan-chemical industry. "The chemical industry is also for our country.
A large population meal provides a guarantee. Agricultural production of fertilizers, films, pesticides, etc., under roughly the same arable land area, making food production from 100 million in 1950
The ton has increased to 650 million tons in 2013. "Polychemical industries such as petroleum and chemical, metallurgy, building materials, light industry, etc., also provide employment opportunities for tens of millions of people.
The chemical industry offers broad prospects for addressing energy shortages. As we all know, oil is the "blood" of modern industry, and its derivative of petrochemical industry
There are tens of thousands of products, but the world's oil reserves are getting less and less. Can we develop oil substitute products? Jin Yong said that a group of experts at Tsinghua University are currently studying
The use of coal, natural gas, shale gas instead of petroleum to produce methanol, olefins and other raw materials. Using this technology, China can achieve an annual output of 30,000 tons of methanol, olefins, etc.
The related derivative chemical products with an annual output of 400,000 tons will also be put into production in Gansu, and the production capacity will be the world's first.
"In the future, the direction of energy development is not coal, gas, oil, but electricity. China's current per capita annual electricity consumption is more than 400 degrees, while the Americans are more than 4,000 degrees.
Therefore, China has great potential in the power market. Especially the car, the future is definitely the world of charging cars. "Jin Yong introduced, the current hottest electricity
EMU research, when the number of graphene storage technology. However, graphene is a two-dimensional structure, and its biggest disadvantage is easy adhesion. Tsinghua University expert group is using carbon nano
Pipe technology to solve the problem of graphene, and made very gratifying progress.
Hydrogen is the most optimistic clean energy for scientists because it burns into water and does not produce carbon. Chinese scientists are using the chemical industry to break down
The hydrogen element in the water has been reduced to 750-800 degrees Celsius at a temperature of 3000 degrees Celsius, although it is still far from practical use.
Far, after all, has taken a gratifying step.
To solve the problem of environmental pollution, we have to rely on the chemical industry. Jin Yong said that a while ago, the German Volkswagen diesel engine exhaust emissions did not meet the standard fraud incident
The reason is that diesel is not as full and clean as gasoline, but diesel engines are powerful and powerful, which is the future direction of the car.
Chinese experts are studying the addition of a chemical substance to diesel fuel, which can greatly improve the burning rate of diesel fuel and reduce the emission of harmful substances such as carbon and sulfur. the scientist
They also use the coal components to synthesize "trimeric methanol" - as a new energy source for automobiles, especially suitable for alpine regions, and can reduce PM2.5
70%-90%.
Jin Yong said that when it comes to the chemical industry, people often think of long-term chemical plants, huge equipment, high reactors and so on. And modern chemical plants are changing
It is getting smaller and smaller. A chemical plant in Tianjin has even shrunk to the molecular level – using E. coli as a “production workshop” to make artificial skin for medical use,
Bone and so on. American scientists have also made the chemical industry a virus level, smaller than the molecule, using M13 phage combined with carbon nanotechnology to produce viruses.
battery. “It all sounds incredible, but it is precisely the most cutting-edge research direction in the future.”
"In recent years, there have been a lot of negative information, which has greatly demonized the chemical industry." Academician Jin Yong said, "There is no colorful industry without the chemical industry."
world. "The chemical industry is the source of innovation and drive, and the number of papers published in the global chemical new technology and chemistry fields ranks first. Jin Yong
It is speculated that the sustainable development of human beings in the next 50 years, 100 years, or even 500 years depends only on the reorganization of molecular and supramolecular levels, with chemistry and health.
The material-based industry can be realized. By then, our world will be more beautiful because of the chemical industry.
Previous article:
North American polyolefin industry production prospects are promising
What do I need to do to maintain the air compressor safety valve?
Next article: