Shandong Zhongtian Technology Annual Meeting 2017 Special Report
(Contributed by Hong Lin Liu Weiyun Audit: Wu Sumin)
On the afternoon of February 2, 2018, on the occasion of the resignation of the old and the new, Shandong Zhongtian Technology Engineering Co., Ltd. 2017 year-end summary and commendation meeting ended in the report hall of Zibo High-tech Zone Advanced Ceramics Innovation Park. All the staff of the company, as well as representatives from the company's overseas branches and special guests from all over the country gathered together to share the harvest and joy, summarize the past and look to the future with the theme of “Thanks for the past, stick to the mission, and create the future”. 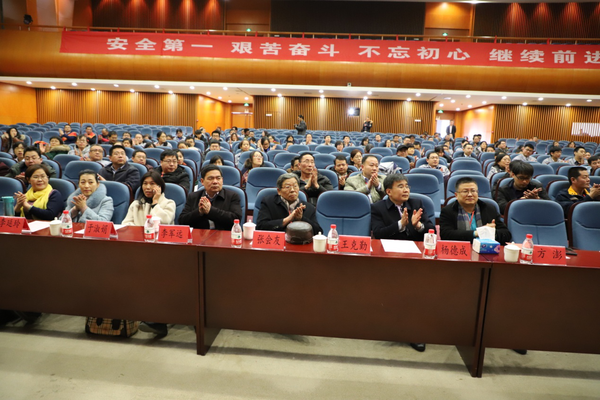 Company leaders and special guests are seated in the front row
The conference was first organized by the company's general manager Liu Yanqiu on behalf of the company to do the 2017 work summary report. The report reviews the achievements of all employees of Zhongtian Company in unity and cohesiveness in the past year. Exceeding the goal of 17 years of full-year work and task, the contract amount has increased by 150%. At the same time, it has achieved the strategic development goals of the newly established five foreign offices and branches, and has reached 12 provinces and cities across the country, and has also established a new office in Vietnam, laying the foundation for the company's business to go overseas. In 2017, Zhongtian people insisted on strengthening the brand, developing with the brand, and grasping the development opportunities of the “One Belt and One Road” of the country, which opened a new journey for the company's overseas development. Looking forward to 2018, the company will focus on the target market, continuously improve its business ideas, and strive to achieve the goal of growth of more than 50% in all business turnover in the coming year. Continue to promote the equity partnership business "Partners" system, give full play to the role of the company platform, let everyone symbiosis, sharing, and win-win, to achieve the goal of all employees to create wealth. The general manager stated in the report that Zhongtian Company must achieve the profitability of the engineering consulting industry in the next three to five years! In the 18 years, the company will be established 10 years, facing new opportunities and challenges, Zhongtian people want Use your wisdom and hard work to build a sustainable enterprise. 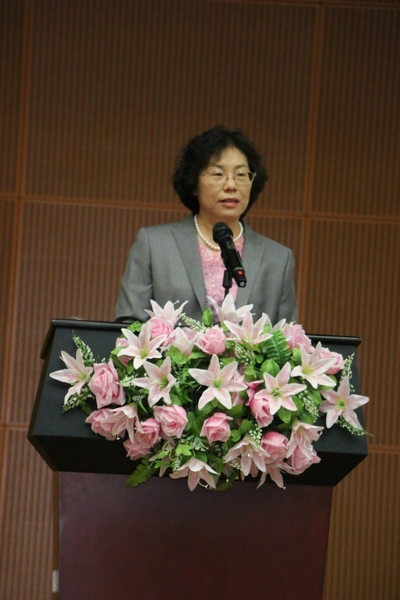 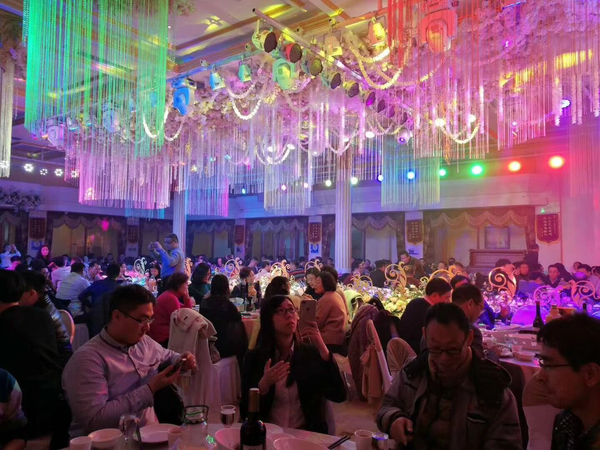 The power of example is endless. The annual outstanding employees, excellent project managers, excellent management personnel, and outstanding teams commend the awards, which is an important chapter of the summary commendation meeting. Through commending excellence, it has comprehensively demonstrated the outstanding corporate culture and employee style of Zhongtian Technology. At the same time, it has set an example for all employees. 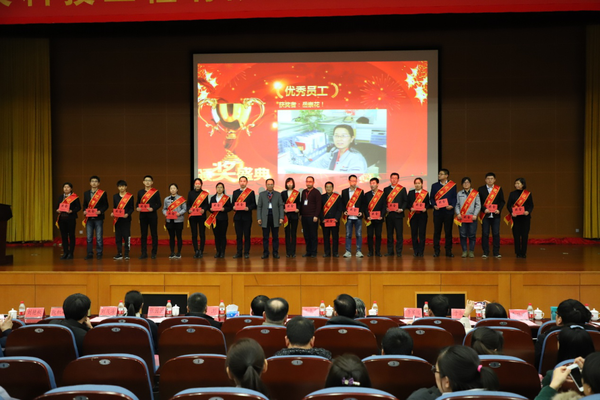 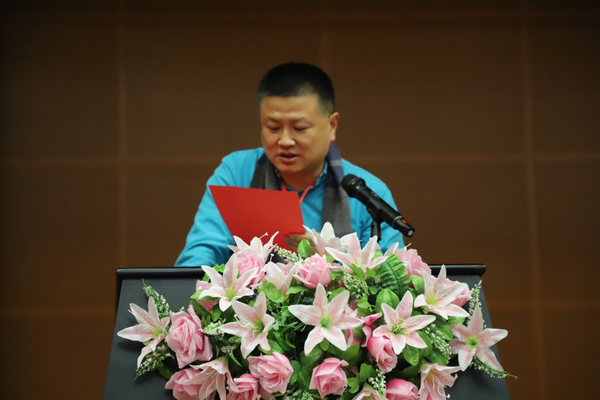 Special guest speaker Shandong Shengri Environmental Protection Co., Ltd. Chairman Fang Wei delivered a speech
Mr. Fang Wei, Chairman of Shandong Shengri Environmental Protection Co., Ltd., delivered a greeting and congratulations to the conference as a partner of the company and a special guest representative at the conference.
Finally, Chairman Yang Decheng delivered a speech on the success of the conference. At the same time, he also made a further speech on the company's management innovation concept for the past year and made an important speech on the company's future development. In the annual speech of the chairman of the board, what makes everyone feel the deepest is that it always allows everyone to accept the development concept of the company's innovation, just like the spring breeze. So that all employees will be courageous in the coming year and full of confidence in the company's future.

Chairman Yang Decheng delivered an important speech to look forward to the company's grand blueprint and send a new year message
After summing up and commending the conference, a literary performance with the theme of “Thanks for the past, persisting in the mission, and creating the future” was kicked off. The performances of professional performance teams such as Zibo Dancers Association, Zibo Opera and Dance Theatre, and Zibo City Quyi Association have added to the performance. For the performance of the annual meeting, the company's employees used their spare time to rehearse, giving the show a program that was both very entertaining and grounded, evoking the laughter and applause from the audience. Dance, singing, cross talk, essays and other programs are wonderful. Among them, the middle part of the lucky draw has also continually set off the climax of the annual meeting. Each annual meeting is not only a display of the company's excellent corporate culture, but also brings colleagues closer to each other and enhances cohesion. The company's leaders and employees interacted with each other and the exciting lottery activities, so that singing, applause and cheers have been swaying at the venue. The whole show was climaxed, showing the joyful and peaceful culture of Zhongtian Company.

Company leaders and guests took photos with the performers
For Zhongtian people, there is no lack of innovation. This annual meeting is not only used for innovation in the form of the program, but also reflected in the location of the dinner. The 18:30 annual feast was held at the Catch-the-Sea Hotel. After the briefing by the general manager Liu Yanqiu, all the staff cheered for the new year and wished that the future of Zhongtian would be more beautiful.